Enjoy unparalleled views over San Francisco's most iconic landmarks flying over the Californian city on a seaplane tour! Soar over Golden Gate Bridge and Alcatraz Island on this unmissable experience. 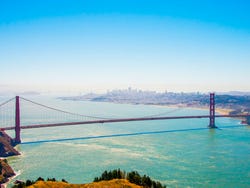 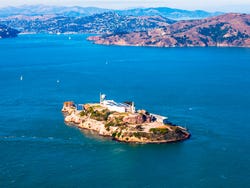 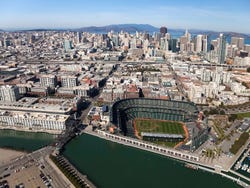 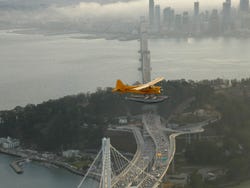 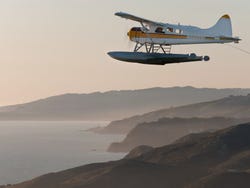 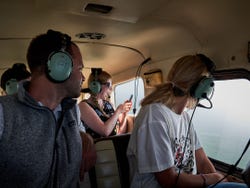 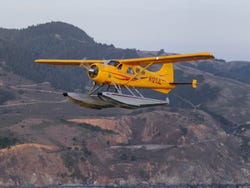 When making your booking, you'll be able to choose from the following options. Each option includes a seaplane flight over San Francisco. You can check out the details of each option below:

After meeting in Mill Valley, we'll take off into the skies above one of the biggest cities in the US. During our seaplane tour, you'll have incredible views of the Sausalito, the iconic Golden Gate Bridge, the city's impressive skyline, and Alcatraz and Angel Islands.

After 20 minutes, we'll make a light touchdown at Richardson Bay in Sausalito.

At your chosen time, we'll meet in Mill Valley for incredible views of the San Francisco Bay and the Pacific Ocean as we fly over Baker Beach and the Point Bonita Lighthouse. We'll also glide over Crissy Field, the home of Major League Baseball's San Francisco Giants, Alcatraz Island and Angele Island.

We'll meet in Mill Valley at 3:15 pm and set off on a seaplane flight over the city of San Francisco and the bay. Time for lift off!

As we take off from Sausalito Bay, we'll fly across the Golden Gate Bridge and the San Francisco Bay Area, which is one of the world's most active seismic zones. We'll also fly over Stinson Beach and the ancient, yet majestic, Muir Woods.

Afterwards, we'll return to the Golden Gate to head towards Crissy Field, downtown San Francisco, the home of Major League Baseball's San Francisco Giants, and then on to Alcatraz Island. Last of all, we'll pass by the historic Angel Island before touching down at the starting point.

At 1 pm, we'll see you in Mill Valley. Once we've all arrived, we'll set off from Sausalito Bay. From there, we'll glide over the Golden Gate Bridge and across Marin County to Tomales Bay, all the while admiring spectacular views.

Next, we'll fly over the Point Reyes National Seashore in search of porpoises and whales while circling the picturesque Point Reyes Lighthouse. We'll then fly back over the Golden Gate Bridge to Crissy Field, the centre of San Francisco and home of Major League Baseball's San Francisco Giants. Before we finish the tour, we'll pass by Alcatraz Island and Angel Island.

Please check local restrictions before traveling. All of our services comply with recommendations to avoid the spread of Covid-19. Show more

It is mandatory to present a complete vaccination certificate. This information is for guidance only and may change depending on local regulations. Always check the restrictions before travelling.

You'll need to present your certificate of complete vaccination and a negative PCR test. This information is for guidance only and may change depending on local regulations. Always check the restrictions before travelling.

You'll need to present your certificate of complete vaccination and a negative PCR test. This information is for guidance only and may change depending on local regulations. Always check the restrictions before travelling.

A safe distance of one metre between clients will be maintained whenever possible.

Alcohol gel will be available before, during, and after the service.

All those running the service (guide, driver etc...) will wear a mask throughout its duration.

Disinfected radio units will be provided, and headphones will be single-use.

The transport used will be disinfected before and after each service and deep-cleaned every 24 hours.

Showing your voucher on your phone will be enough, and it is not necessary to print anything.

The activity takes place with a guide that speaks in English.

Seaplane flight for the selected duration.

You can book up to the start time, as long as there are places remaining. Book now to guarantee your spot.

Electronic. Show the voucher on your phone.

All services published on Civitatis are carried out in accordance with our Sustainability Code.

No printing of documentation required.

If you have any other questions please contact us.

Free! Free cancellation up to 3 days before the day of the activity. If you cancel under this time or do not show up, you will not be refunded.

These are genuine reviews written by our customers.

8 / 10 1 review
The Go City: San Francisco All-Inclusive Pass is a sightseeing pass with free access to over 28 attractions, including the San Francisco Museum of Modern Art and USS Pampanito.
US$ 78
Book
like

9.40 / 10 33 reviews
Discover the best of San Francisco's history, culture and architecture on this guided walking tour of the Californian city - what's more, it's FREE!
Free!
Book
like

9.80 / 10 9 reviews
Marvel at San Francisco’s skyline from the water, sail under the Golden Gate Bridge and around Alcatraz Island on a 1-hour Golden Gate Bay cruise.
US$ 38
Book