Discover the most iconic sights in the Golden Gate City on this unmissable combo tour: visit the infamous island-prison of Alcatraz and enjoy a complete guided tour of San Francisco! 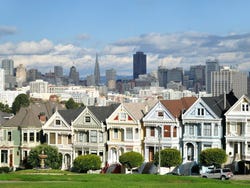 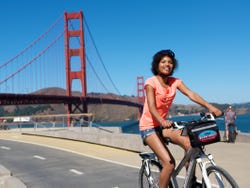 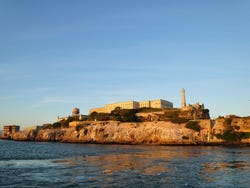 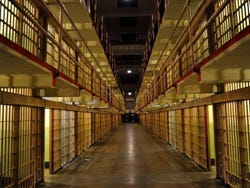 After meeting in Union Square at 9 am, you'll climb aboard one of our luxury coaches, which will take you on a sightseeing route from the bay to the ocean, taking in the sights of San Francisco on a four-hour journey.

The bus includes an award-winning audio guide, telling you everything you need to know about the famous neighbourhoods the tour stops in: see Chinatown, the San Francisco Presidio, Nob Hill, the Civic Centre and much more. You'll hear interesting anecdotes, fun facts and essential information, feeling like a true San Francisco expert after your tour.

The bus tour then winds its way up the 928 feet of the Twin Peaks (locally known as "Eureka" and "Noe")  which stand above the city, from where you'll enjoy a three hundred and sixty degree view of the city: a perfect moment to take those photos sure to make your friends back home jealous!

Then we weave back down to see the Sutro Baths, an emeblematic San Francisco landmark which was the largest indoor swimming pool in the world upon opening in 1896, and used the seawater from the bay itself. Your half-day tour will come to an end with you being dropped off at Pier 33 to board the boat to Alcatraz.

"The Rock", as it's popularly known, has retained its spine-chilling allure after all these years, and with this Alcatraz and San Francisco city combo tour, you'll get tickets to the iconic sight included in the price!

See America's toughest prison, said to be impossible to escape from... It was to Alcatraz that America's most notorious, violent and troublesome prisoners were sent, with famous inmates including Al Capone, "Machine Gun Kelly" and Robert Franklin Stroud, perhaps better known as the "Birdman of Alcatraz".

It's since become notorious. Said to be haunted, Alcatraz has been the subject of a number of paranormal investigations, as well as starring in films, the most famous being Sean Connery and Nicholas Cage's 1966 cult classic "The Rock".

Will you be able to escape from the inescapable island?

The day begins with the complete city tour od San Francisco in the morning, and the Alcatraz tour in the afternoon. On the morning of your activity, you must make your way to the meeting point at 478 Post Street, near Union Square, where you'll be given your Alcatraz tickets and from which you'll depart for your city tour.

Please bring a valid identification document  for the Alcatraz tour.

If you would prefer to take a tour of San Francisco without visiting Alcatraz prison, you can reserve our Complete San Francisco Tour - which shows you the best of The Golden Gate City, minus 'The Rock'.

Please check local restrictions before traveling. All of our services comply with recommendations to avoid the spread of Covid-19.

The activity takes place with a guide that speaks in English.

Pick up from selected hotels in San Francisco.

You can book up until 5 days before the activity as long as there are still places. Book now to guarantee your spot.

Electronic. Show the voucher on your phone.

All services published on Civitatis are carried out in accordance with our Sustainability Code.

No printing of documentation required.

If you have any other questions please contact us.

These are genuine reviews written by our customers.

The entire tour through was outstanding! Joseph & Jason did a great job showing us the city and many landmarks in it. Then to end at the iconic Alcatraz was fabulous!!

I travelled with my partner
Show all the reviews
like

9.30 / 10 1,016 reviews
Discover the best of San Francisco's history, culture and architecture on this guided walking tour of the Californian city - what's more, it's FREE!
Free!
Book
like

10 / 10 2 reviews
Tour San Francisco at your own pace on a bicycle. You make your own route around the best places in the city, over a period of 24 hours.
US$ 32
Book
like

No rating yet
Discover the incredible giant redwoods of Muir Woods, the largest trees in the world and stopping in Sausalito, a charming city with incredible views of San Francisco.
US$ 79
Book