We currently don’t have any scheduled dates for this activity.

Check out all the activities in San Francisco

Drift along San Francisco Bay on a 1.5-hour cruise and discover the imposing Golden Gate Bridge and Bay Bridge, built just six months later, and then admire the famous Alcatraz Island and the city’s main skyscrapers. 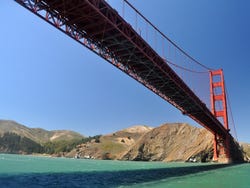 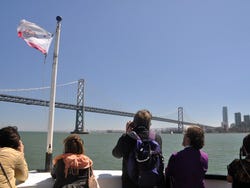 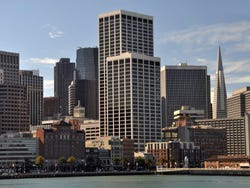 Embark at Pier 43 ½, in the center of Fisherman’s Wharf, and relax on a 1.5-hour cruise along the picturesque San Francisco Bay.

Travel past North Beach, Hide Street Pier, San Francisco Maritime National Park, Fort Mason and Marina District, areas which were devastated during the 1989 earthquake. Next, you will see Crissy Fields and The Presidio, a former U.S Army fort which was reconstructed into a charming park.

One of the highlights of the tour is when you sail under the massive Golden Gate Bridge, one of the most famous suspension bridges in the world, which stands 227 meters high.

Return to San Francisco Bay and admire the wild Marin Headlands and sail around the small Alcatraz Island, one of the most famous prisons in the world.

The cruise continues towards Treasure Island and beneath the colossal Bay Bridge, which connects San Francisco and Oakland. Admire San Francisco’s skyline and detect the city’s main buildings, including Coit Tower, Ferry Building, Transamerica Pyramid, AT&T Park (home of the Giants Baseball team) and the Palace of Fine Arts, among many others.

All boats have seats outside and inside, toilets, a full bar with beverages and snacks and an audio guide in English and sixteen other languages: Arabic, Chinese, French, German, Hebrew, Hindi, Indonesian, Italian, Japanese, Korean, Portuguese, Russian, Spanish, Thai and Vietnamese.

Although you are asked to pick a time and date when you book your ticket, you can use it on the day you choose or during the following 15 days.

All of our providers comply with local legislation and applicable health recommendations regarding protective material and safety to help avoid the spread of Covid-19.

View complete description
US$ 44
No hidden fees or surcharges
Book

We currently don’t have any scheduled dates for this activity.

Check out all the activities in San Francisco

Not refundable. This activity does not permit modifications nor cancelations.

10 / 10 1 review
Cycle around the bay with this San Francisco Bike Tour. Admire the impressive views of the Golden Gate and Alcatraz island while you explore the city.
US$ 55
Book
like

9.40 / 10 121 reviews
Marvel at San Francisco’s skyline from the water, sail under the Golden Gate Bridge and around Alcatraz Island on a 1-hour Golden Gate Bay cruise.
US$ 38
Book
like Free

9.60 / 10 774 reviews
Discover the best of San Francisco's history, culture and architecture on this guided walking tour of the Californian city - what's more, it's FREE!
Free!
Book